Sohail Khan has been involved with Sunrise Academy from the beginning.  He was a member of the ISGC's Sunrise Academy Task Force.  He served as the Chairperson of the Sunrise Academy School Board in 1997 and from 2005-2009.  His other services to the Muslim Community include but not limited to the Founding Member of the Islamic Foundation of Central Ohio and the President of its Executive Committee (1988-1989 and 2012-2016), Council Member of the Interfaith Association of Central Ohio (2015- Present), and Vice President of Islamic Council of Ohio (2016-Present).  Sohail Khan has acquired an M.S. in Chemical Engineering from Oklahoma State University; an M.B.A. in Management and Marketing from Xavier University, Cincinnati, Ohio and a B.S. in Petroleum Refining from University of Tulsa, Oklahoma.  Currently, Sohail is working with CAS Solutions, a division of American Chemical Society in the field of chemical information in technical and managerial positions.

Hend Al-Kharashi has been a parent of Sunrise  Academy for 14 years. She has two daughters who graduated with honors from Sunrise, two sons who currently attend Sunrise and a toddler and infant who will be future Sunrisers, insha'Allah.  Sr. Hend has always been an active advocate and volunteer of the school and joined the School Board in 2014. Sr. Hend holds a bachelors degree in Nutrition as well as Early Childhood Development and a Masters in Public Health. She has served on the CAIR-Columbus board for five years and continues to support our community's Muslim organizations and Masajid.  Recently,  Sr. Hend founded 'Taawin' with her husband Waleed, which is a sadaqa jariya program that helps send Muslims to perform their Hajj pilgrimage. 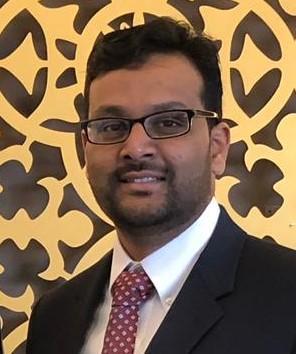 ​Saif Nawaz works as an Information Technology Manager at a leading financial institution in Columbus. He received his Master's degree from Cleveland State University. He lives with his wife Saira and three kids in Hilliard. He has been volunteering at Sunrise Academy for the past two years and believes in giving the best education and opportunities to our kids. With combined efforts of the community and board members, we can make Sunrise Academy one of the best schools in Columbus, Ohio and soon the dream of having high school will become a reality InshaAllah.

Heather O’Bannon has been a principal for 19 years in Ohio. Five years at the Dayton Islamic School, a non-public school like Sunrise Academy, and 14 years at Westside Academy which is a public charter school in Columbus. Heather is the first and only principal at Westside Academy. She is proud of the schools designation as ‘A High Quality Charter School’ by the Ohio Department of Education.

She has been a volunteer and parent at Sunrise Academy for 19 years. She has five children, four whom attended Sunrise Academy. She was elected by the schools parents to serve on the Islamic Society of Greater Columbus (ISGC) Board (the schools Board of Trustee, or owner). She has been an active member of the ISGC board where she has supported parents’ concerns on administrative and policy issues. She is on the ISGC Boards Personal Committee where she interviewed and voted to hire the current principal. She was appointed by ISGC to the School Board, and is a member of the School Boards Education Committee.

She actively promotes and volunteers in Scouting programs for both Boy Scout and the Girl Scouts organizations, and has ran both programs at Sunrise Academy. She, her husband, and their children enjoy outdoor activities such as hiking, and traveling. They especially enjoy working and volunteering to serve the Muslim American Community at large, and the greater Hilliard Community where they call home.

Jathiya Abdullah-Simmons is a dynamic, seasoned urban educator with experience in both higher education and K-12. As a licensed school counselor, Ms. Abdullah-Simmons currently serves the Columbus City Schools as an 11th and 12th-grade counselor. Driven by a passion to help others, she takes pride in providing innovative services to her 11th and 12th graders so that all students have a post-high school plan that puts them on the path toward success as an adult. Outside of work, Jathiya is married to a fellow educator and is a proud mother of two thriving children, one who currently is in the 2nd grade at Sunrise Academy. She enjoys traveling, spending time with her family and trying new foods.

Board meetings are scheduled for every 4th Tuesday of each month at 6:00 pm. The first 20 minutes of each board meeting are reserved for parent issues.  Parents who are planning to attend the board meeting should notify the board a week before the meeting so that their issue can be added to the agenda. Notice can be sent by email to [email protected].